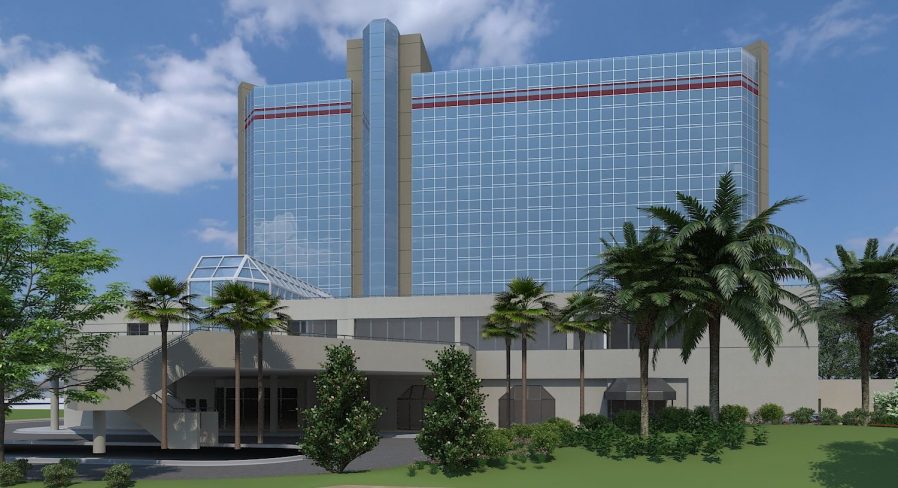 GREAT NECK, New York, January 11, 2018…United Capital Corp. proudly announces the Grand Opening of the Marriott Orlando Downtown hotel. Today’s ribbon-cutting ceremony marked the official opening of the newest hotel in the Orlando market. This hotel has been completely redesigned and offers a truly state of the art and modern facility with 297 guest rooms, 16,000 square feet of meeting and event space, the Shade Bar & Grill, a casual gathering place for great comfort fare and signature drinks in a contemporary atmosphere and the only M Club Lounge in central Florida.

This property is conveniently located in the heart of Orlando’s business district, walking distance from Orlando’s Amway Center, home to the NBA’s Orlando Magic and numerous entertainment and cultural events and just over one mile from Camping World Stadium, home to the Citrus Bowl and 2018’s NFL Pro Bowl.

At the grand opening celebration, A.F. Petrocelli, United Capital’s Chairman and President acknowledged his gratitude to all those in attendance including, Orlando’s Mayor, Buddy Dyer, the Orlando Downtown Development Board and all of the local partners who assisted in helping to make this opening possible. He noted, “We are proud to welcome everyone to this great new property. We’re excited to be joining the largest and fastest growing travel market in the country and we’re honored to have the newest and most well-appointed hotel in the area.”