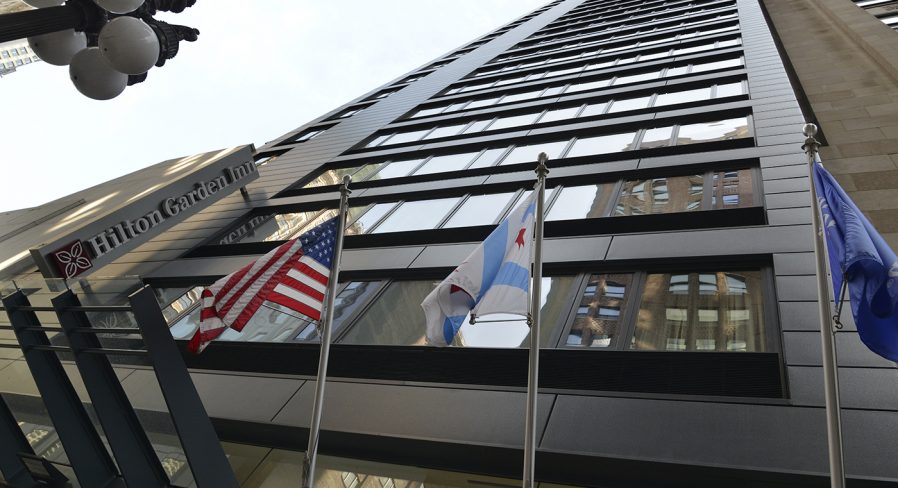 GREAT NECK, New York, January 19, 2017…United Capital Corp. announced today that it has acquired the newly built Hilton Garden Inn located on the north side of Chicago’s business loop and close to Chicago’s O’Hare and Midway airports. The hotel was opened in 2015 and is ideally located adjacent to the Millennium Mile and close to many demand generators including the Magnificent Mile, Millennium Park, Aon Center, Chicago’s Tribune Tower, the Chicago river and its newly expanded Riverwalk, the Chicago Theatre and many other trophy office properties. The hotel has 26 stories and approximately 90,000 square feet of space including the Garden Grille & Bar, which serves cook-to-order breakfast as well as daily specials for dinner, the 24-hour Pavilion Pantry Market, fitness center and state-of-the-art boardroom, ideal for any business meeting.

In commenting on the announcement, A.F. Petrocelli, United Capital’s Chairman and President, noted, “This property marks the ninth hotel in our portfolio and the first outside of the east coast, as well as our first select service property. We are excited to be acquiring such a well-appointed property together with the diversity it brings to our holdings.”